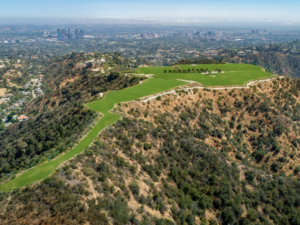 The long and complicated road to sell The Mountain of Beverly Hills has taken another sharp turn.
After a splashy entrance last summer, when the massive property was marketed for a whopping $1 billion, it was chopped down to $650 million earlier this year.

Now, the owner is facing a potential foreclosure at the end of this month, The Real Deal has learned.
Secured Capital Partners acquired the 157-acre spread — with the liens attached — from Tower Park Properties LLC in 2016 through a title transfer. While Secured Capital is the owner, Tower Park owes the lender. Both entities are tied to the family of Victorino Noval, a convicted fraudster.

Tower Park is at risk of defaulting on those existing four loans, according to property records.
Ronald Richards, an attorney for Secured Capital, said there is “zero chance” that the property will end up in foreclosure.
The bankrupt Tower Park entity is controlled by Noval and Atlanta investor Charles Dickens. Secured Capital is controlled by Franco Noval, Victorino Noval’s son.

The potential foreclosure comes as the massive Beverly Hills Post Office property struggles to get sold. The spread on Tower Grove Drive remains on the market, now listed at $650 million.

The story dates back to 2004. After failed attempts at building on the land, the estate of Herbalife founder Mark Hughes sold the property to Tower Park for $23.75 million that September. At the time, the buyers barely put money down, choosing instead to take out four loans with the Mark Hughes Family Trust. The loans, plus interest that accrued, add up to about $190 million.

The three entities — Tower Park, Secured Capital and Hughes Family Trust — are in the process of coming up with a solution, Richards added. There is a court date set for May 24, in which Tower Park will try to come up with a “payoff figure,” Richards said, that would release the new owners from any Hughes debt.
Richards added there is a dispute over the value of the loans, which are said to be closer to $130 million. Richards said he thought the May 30 deadline will be pushed back.