What to Do in Malibu 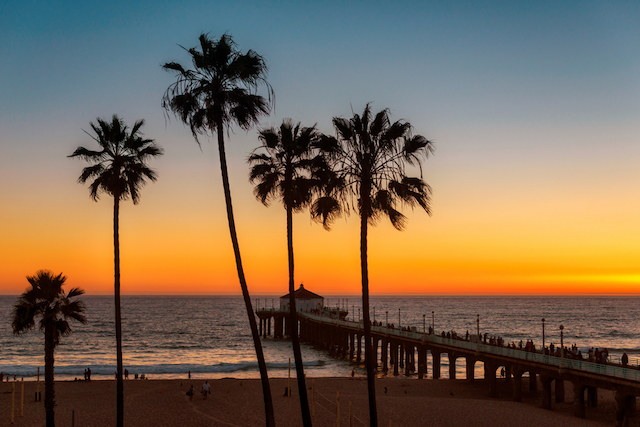 By Pilar Guzmán
Originally Published by cntraveler.com
With the opening of two new hotels along California’s most prized stretch of coastline, you might never leave.

As a Los Angeles native, I’ve always been grateful for the glacial pace of Malibu’s transformation. Since the iconic Alice’s Restaurant on the Malibu Pier reopened under new management as Malibu Farm Restaurant in 2015, with Helene Henderson’s breezy elevated surfer menu, it seems that everything along the cove between the pier and Carbon Canyon has upped its game. The chic coastal outpost of Soho House opened, and then something miraculous happened: Malibu Beach Inn, once a ho-hum motel-style property with nothing but views, was transformed by visionary veteran hotelier Gregory Day, whom the Mani Brothers smartly lured from Shutters on the Beach, into just the kind of quietly luxurious ocean hideaway every Angeleno dreams about. The 47 rooms with private terraces that cantilever over this gentle cove master that elusive Scando art of the cozy, or hygge: They are minimal yet warm, with strong Danish Modern–meets–California beach design references, and upscale in that plush-bedding, Toto-toilets sort of way. An appropriate avocado-, egg-, and seafood-forward menu from Gato alum Cody Dickey (not to mention great cheese and charcuterie platters and burgers) served on the terrace overlooking the ocean means you’ll never have any reason to leave the property. Just east, the impressive if considerably pricier Nobu Ryokan Malibu opened 16 ample rooms in April with spare-no-expense teak-and-ipe-wood millwork, some of which have traditional timber soaking tubs. At press time, there was no on-site restaurant. Of course, guests have special access to the nearby Nobu Malibu.

Upscale Italian
Giorgio Baldi, a delicious but slightly too expensive icon on West Channel Road, is as far as you’ll need to venture for authentic Italian.

Fish Shack
Reel Inn, with its hanging surfboards and chalkboard menus, is as old Malibu as it gets. So is Malibu Seafood and its no-frills but superfresh seafood platters.

Pasta, Pizza, Playground
Tra di Noi at the Malibu Country Mart is easy Italian. Order for the kids first, let them loose in the sand-filled play-ground within eyeshot, and tuck into a bottle of something.