Located in the shadows of the Santa Monica Mountains, hugging a 30-mile expanse of the picturesque Pacific Coast Highway, sunshine-soaked Malibu isn’t just your stereotypical California beach town. This laidback, upscale L.A.pocket is a haven for celebrities and surfers, but it’s for adventurous wine lovers, too.

We explored the area as part of our three-city California wine tour. Our road trip began in San Francisco, where we visited the state’s most-heralded wine regions, Napa and Sonoma. Next, we headed south to sip our way through Santa Barbara’s exciting up-and-coming vineyards. From there, we made the 1.5-hour southeast drive to our last stop, Malibu, where we discovered a fun, under-the-radar wine scene.

With more than 50 wineries and six tasting rooms, Malibu is a nascent wine destination. After all, the Federal Alcohol and Tobacco Tax and Trade Bureau only bestowed the Malibu Coast with American Viticultural Area status (or AVA, making it an official wine-growing region) in 2014.

But the area’s wine history stretches back to the 1800s, when the first vineyard was planted by Spanish general Jose Bartolome Tapia. And before the Malibu Coast AVA came along, there were two other appellations, Saddle Rock-Malibu and Malibu-Newton Canyon (which now function as sub-AVAs under the Malibu Coast designation).

As with our other legs, we sought help from Four Seasons to plan our Los Angeles itinerary. The hotel brand has the resources to deliver a luxurious and exclusive wine-tasting journey.

Scroll below to find out where Forbes Travel Guide wined and dined in Malibu.

Tucked inside tony Westlake Village, Forbes Travel Guide Four-Star Four Seasons Hotel Westlake Village sits only about a half hour outside of Malibu, so we made it our home base.

Home to the largest spa in the Four Seasons chain and an extensive wellness program, the hotel stands out as a spa destination. Book a service in the calming Four-Star retreat if you have time.

Otherwise, a walk on the sprawling 20-acre grounds — where you will find waterfalls, tropical gardens, a pagoda and more — will offer serenity. 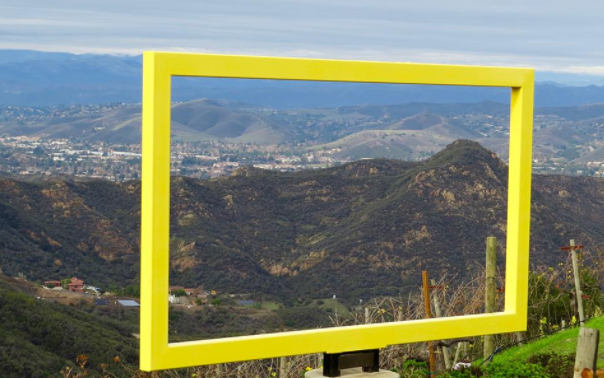 Where to SipThe Westlake Village hotel crafted our itinerary, complete with a chauffeured BMW, for our day of exploration. A surprise awaited us in the car: an enormous and tasty basket of treats, including cheese, fruit and crackers — necessary fuel for our trip.

We arrived early for our first stop, Rosenthal, the only wine bar and tasting room on the Pacific Coast Highway. So we walked across the street to Topanga Beach, where we planted ourselves along the palm-tree-dotted sand and watched the surfers catch the curling waves.

With a setting like that and the cartoonishly large chairs, table and wine display in front of Rosenthal, it was obvious that an easygoing experience was in store. Behind the tasting room is a large, grassy mountainside patio that hosts live music on the weekends, occasional comedy shows and movie nights, and a photo booth. Food trucks pull up in the parking lot on Saturdays and Sundays.

Inside the bright-yellow tasting room, try the 2013 merlot (made with estate-grown grapes) with hints of dark chocolate, plum and burnt cherry and a smooth finish, or the bolder 2012 Surfrider Hang Ten, a luscious merlot, cabernet sauvignon and syrah blend (a portion of the proceeds for each bottle goes to organizations that help preserve our oceans).

Along with a bottle, pick up a jar of the silky Rosenthal chocolate merlot wine fudge for an indulgent souvenir.